Chronicle of Events for Marinesat 2017

Marinesat got a new round of financing

In January 2017, Marinesat officially received the capital injection from the communications giant SUNWAVE Communications, which provided a strong guarantee for Marinesat to implement The Belt and Road initiative, develop the Marine satellite communication strategy, and accelerate the construction of a smart ocean platform. The strong entry of SUNWAVE Communications will provide comprehensive support for Marinesat in capital, technology, R&D, production and other fields. It also laid a solid foundation and provided comprehensive guarantee for the realization of Marinesat’s beautiful vision. 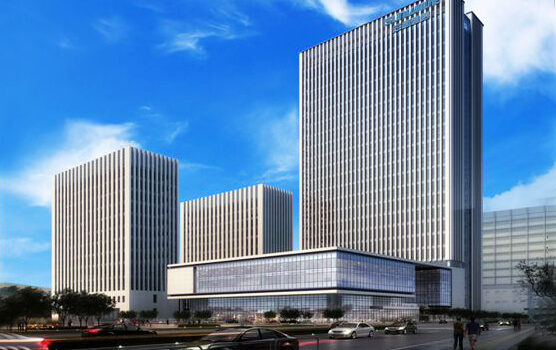 VSAT of Marinesat has gone abroad and participated in international competition

In April 2017, Marinesat participated in SeaAsia. Maritime Expo held in Singapore, which is one of the most influential and fastest growing maritime events in Asia. During the expo, Marinesat established deep cooperation with MotionSmith, GBT and other Singapore enterprises. We achieved mass orders at one stroke and quickly opened the Singapore market. As one of globally-recognized international shipping centers, Singapore's strategic significance is of great importance. Achievements made in Singapore market signify that Marinesat has truly taken a solid step towards the international market and is of great milestone significance. 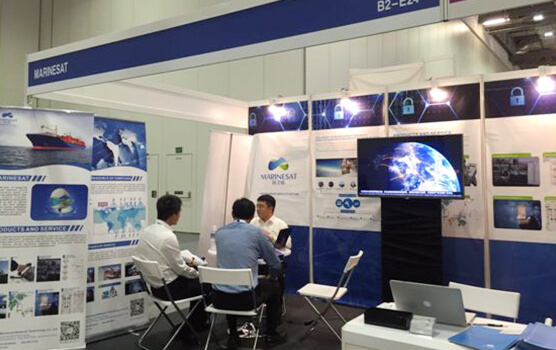 Entering the Japanese market, Marinesat has become a challenger and an important participant in the international market

In April 2017, Marinesat participated in Imabari International Maritime Expo held in Japan, which marks Marinesat’s formal entering into the Japanese market, Imabari, which is a city with most prosperous shipbuilding industry and shipping industry in Japan, is regarded as Japan's vital maritime city. There are 70 ocean shipping companies, 210 inland water transport companies, 14 shipyard and 160 marine equipment manufacturers, each category ranked first in Japan. Through this exhibition, Marinesar entered cooperation agreements with many Japanese enterprises such as Kuni-Mori Co. Ltd Corporation and Maritec Pte Ltd. Marinesat has quickly opened the Japanese market with its advanced business model and technology, which caused a huge shock to the local market, and became a challenger and an important participant in the international market.

Yupeng, the first second-generation modernized multifunction carry-cargo teaching ship manufactured by China made its maiden voyage in Dalian, Liaoning province. Yupeng will play an important role in cultivating high-end talents as well as marine scientific research and innovation for our country. It will also make new contributions to serving the country's maritime power strategy.

At present, the Yupeng vessel has already adopted Marinesat’s communication service. Smarter and more innovative Marinesat service leaves more space for the internship of Dalian Maritime University (DLMU). New types of maritime talents will be born along with the new Marine communication technology. Not only Yupeng of DLMU adopts the communication service of Marinesat, but the Chinese-Polish Joint Stock Shipping Company which provides operation management for DLMU also has reached a strategic cooperation with Marinesat. At present, vessels of Chinese-Polish Joint Stock Shipping Company have also been completely equipped with Marinesat’s equipment. 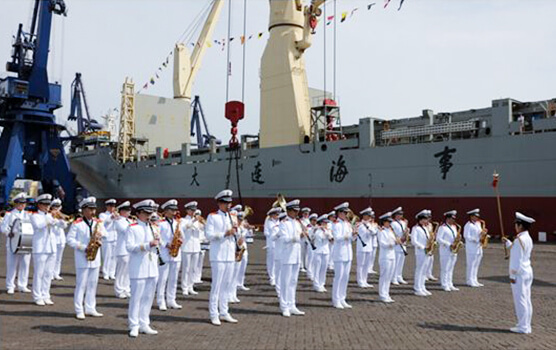 A shipping company encountered an accident at the dock, and the cabin of the vessel was damaged by the fallen landing crane, which was expected to cause a loss of nearly one million yuan. The Onboard Monitoring Integrated Solution System independently developed by Marinesat replayed the truth of the accident and successfully solved a dispute involving an insurance of million yuan, because of which Marinesat was highly appreciated by shipowners and shippers. 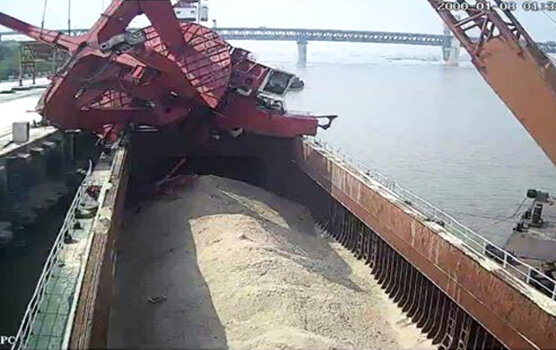 The South American Maritime Technology Exhibition and Academic Conference, which is the largest and most influential maritime exhibition in South America, was held in Rio de Janeiro, Brazil in August 2017. The exhibition shows the latest trends shipping, shipbuilding and industry in the region. As an important participant in the international VSAT market, Marinesat actively participated in this maritime technology exhibition and academic conference, and visited important local shipowners and customers, laying a solid foundation for seeking opportunities and common development in South America. 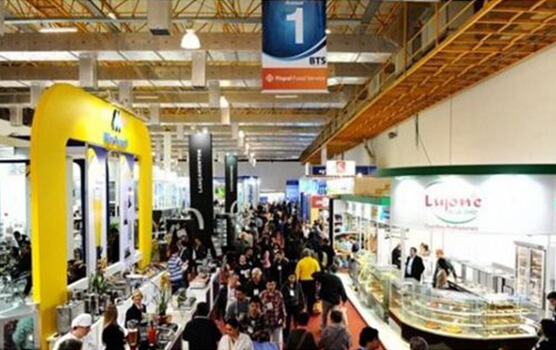 In October 2017, the relevant managers and project leaders of CNOOC headquarters and member units visited the Shenzhen headquarters of Marinesat for investigation and communication. The president and the general manager of Marinesat and general manager of Sunwave Communications had an open communication and discussion with CNOOC. Through investigation and communication, CNOOC fully recognized the integrated product solution service of Marinesat and officially started the pilot work. China National Offshore Oil Corporation Limited (CNOOC) is a large state-owned enterprise directly belonged to the State-owned Assets Supervision and Administration Commission of the State Council of the People's Republic of China. It is the largest offshore oil and gas producer in China. 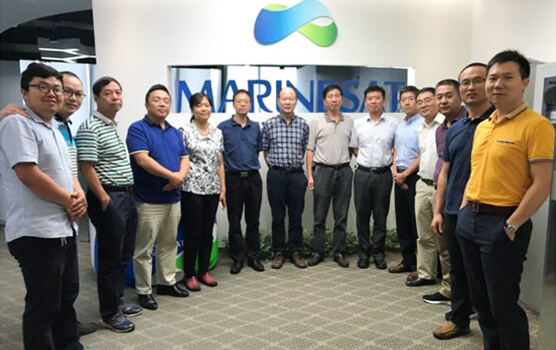 Participated in the Holland International Maritime Expo, one of the three major maritime exhibitions in Europe

In August 2017, Marinesat organized a team to participate in the International Maritime Expo (Europort) in Holland. Europort is known as one of the three major maritime exhibitions in Europe. Europort, which is held in Rotterdam in Holland, is the premier event in the international maritime industry. European market is one of the most important regions in Marinesat's global development strategy, so Marinesat is actively accelerating its strategic planning. At present, Marinesat has set up after-sales service outlets in busiest ports in Europe to provide customers with better and more convenient installation and after-sales service, and is accelerating to build a globally covered installation and after-sales service network system. 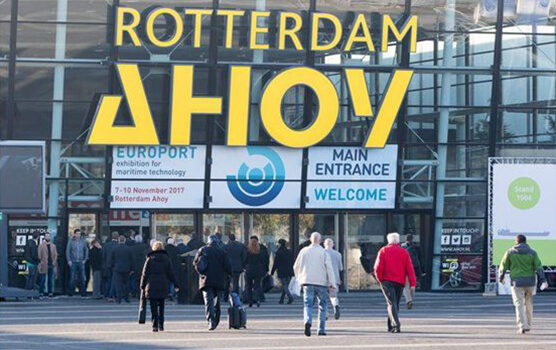 During the conference, Marinesat also released the Double-100 Strategy, in which the company plans to sign 100 global core strategic partners and establish 100 global core installation and service outlets. We also plan to set up sub-operation centers on seven continents in the world. 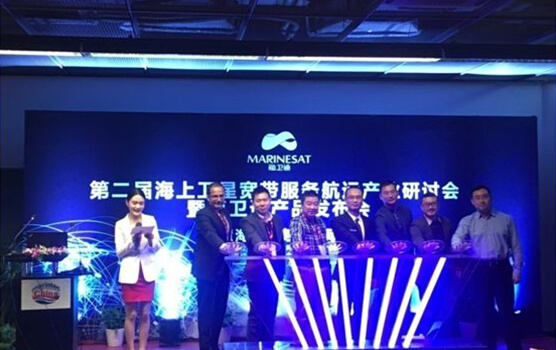 From December 5 to 8, 2017, as a professional maritime satellite communication VSAT service provider, Marinesat actively participated in the China (Shanghai) International Maritime Expo (MARINTEC). MarinTech is the largest maritime exhibition in Asia and the second largest maritime exhibition in the world. It is a bridge and link for the international maritime circles to seek all-dimensional and multi-level cooperation. Through this expo, Marinesat’s products and integrated solution services have been known by more and more customers and industry practitioners. Marinesat took the lead in occupying a larger market share with its pioneering one-stop service mode, systematic operation and maintenance management system, and diversified value-added business system. 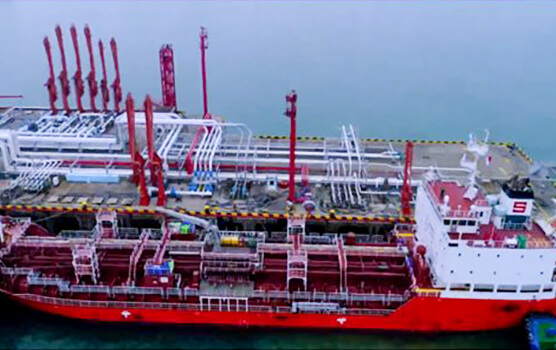 More achievements to be expected